So whats the weather like where you are?  Is it cloudy, do you have rain, or are your skies filled with sunshine?  It doesn't matter which, you can find a movie for any weather...

Cloudy with a Chance of Meatballs: This 2009 computer animated family film that tells the story of the town of Swallow Falls, located on a tiny island hidden under the “A” in "Atlantic" on the world map.  After the demand for sardines plummets  the town suffers an economic depression. Now stuck with their supply, sardines became the sole food in Swallow Falls.  When the young local genius Flint Lockwood discovers a way to change the molecular structure of water to food. But something goes wrong and the machine ends up in the atmosphere. Later it starts raining food. And so the shifty mayor tries to use this as a way to help their community. But when Flint sense somethings wrong with the machine, the mayor convinces him to ignore it. But as Flint predict chaos ensues.  I was able to find a new copy of the DVD at Deep Discount for $12.14 with free shipping, for the Blu-ray version I found it for $26.49 at Amazon

Black Rain: This 1989 action film stars Michael Douglas and Andy Garcia as two New York police officers who arrest a member of the Yakuza, the Japanese Mafia, for murder and have to transport him back to Japan where he escapes.  As they try to track him down, they get deeper and deeper into the Japanese Mafia scene and they have to learn that they can only win by playing the game the Japanese way.  This movie is being discontinued on DVD by the manufacturer, but you can still purchase it for $10.87 with free shipping from Smartzplace.  The Blu-ray version was the lowest price at Buy.com for $13.29 with free shipping.

Eternal Sunshine of the Spotless Mind:  This Romantic fantasy, released in 2006 stars Jim Carrey and Kate Winslet as two people who supposedly meet on a train.  As the story unfolds we learn that the two have actually been together before but after a bad break up they both had their memories of their past relationship professionally erased.  The story is told mostly through memories as the couple finds each other again.  I was able to find a new copy on DVD for $9.70 at Red Tag with free shipping. The lowest Blu-Ray price was at Movie Mars for $12.41 with free shipping.

Hope you are all enjoying your weekend, no matter what the weather is like where you are. 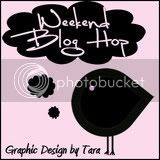