EXAMPLES: Kevin plans to keep his new convertible off the roads during the harsh, cold months when streets are salted and sanded, so he is looking for a flivver to use as a winter beater.

DID YOU KNOW? In 1908, Henry Ford changed the world with the Model T, the first affordable automobile. English speakers quickly coined an array of colorful terms for the Model T and the other relatively inexpensive cars that followed it. No one is sure why cheap cars came to be called "flivvers," but we do know that in the early 1900s that colorful term was also used as a slang verb meaning "to fail," as in "If this film flivvers, I'll be in trouble." In Flappers 2 Rappers: American Youth Slang, author Tom Dalzell lists "flivver" (which made its print debut in 1910, just two years after the Model T hit the streets) among a number of terms applied to "the humble Ford." Others included "bone crusher," "bouncing Betty," "Henry's go-cart," "puddle jumper," "Spirit of Detroit," and "Tin Lizzie."

This is great for back to school, Buy any 2 participating Welch’s jams, jellies or spreads between 6/15 and 9/30 and get a free sandwich keeper.  Just send in the original sales reciepts dated between June 15 and September 30th with the eligable purchases circled together with the compleated rebate form.  All requests must be recieved by Welch's no later than October 15, 2011.

Hope you are all having a great week! 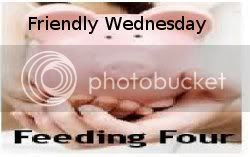